Play of the Week

Regulate who can access teams in your organization. Sensitivity labels created in the security and compliance admin center can now be used to control the privacy and guest access settings of the team. Users can select the appropriate label when creating a new team.

As part of Office 365 Advance Message Encryption, we are extending the email revocation capabilities to the end user. Previously, you had to be an admin to revoke an already sent message; with this update, end users will have this capability as well.

Outlook: Outlook on the web – Share to Microsoft Teams

Send a copy of email messages or conversations, including attachments, into Teams chats and channels or start a Teams chat related to a specific email message. When sharing to Teams from Outlook on the web, a popup window will appear to confirm to which channel or person you want to share, you can also select whether you want to include attachments or not.

Teams Admin Centre enables effective management of Teams. Now, our customers who have tenants in the GCC environment can also manage their Teams devices from the Teams Admin Center. Admins can now control the entire lifecycle of their Teams devices which include an increasing variety of supported device types – IP Phones, Collaboration bars, Teams displays, Teams Meeting Room devices.

This will allow Mac desktop users to include audio when sharing their Desktop or Window during a Teams meeting. Once enabled, any audio that is playing on the user’s machine will be shared in the live event for participants to hear.

Your Outlook contacts and subfolders in Outlook for Windows or on the web will labeled with a contact category based on the name of your contact sub folder and synced to Outlook for Android.

We are now adding Microsoft Forms’ phishing activities alert (for blocked forms and users due to confirmed and suspicious phishing) to the default alert policies in Microsoft’s Security and Compliance Center (SCC). If there is any user restricted from sharing forms and collecting responses from Microsoft Forms because of confirmed phishing activities, or any form identified/detected as phishing form, IT admins will receive an alert in the SCC Alert center.

Microsoft is introducing Planner integration for the Message Center to help with workflow management. Lots of information arrives in the Message Center, and you need to decide whether to act on it or not. And if an action is needed, who performs that action, and how do you track that task to completion? Or maybe you want to make a note of something and tag it for later. You can do all of this and more when you sync your Message Center to Microsoft Planner.

Thumbnail preview gives students a quick preview of a linked resource before clicking through to the material.

Microsoft Teams will provide an informational notification to tell users when there is 5 minutes in the scheduled meeting time. It will be triggered for all schedule private and channel meetings and will not cause the meeting to end automatically.

With this update, Microsoft Forms owners will now be able to send out a survey to collect responses from specific users or security groups. (You now have the new option in the “Send to Collect Responses” dropdown menu to select that “Specific people in my organization can respond.”)

This personalized, actionable briefing email from Cortana, automatically delivered to your Outlook inbox to help you start the day on track and stay on top of tasks, will support Spanish.

Microsoft Teams: Add document libraries, pages or news to a channel in Teams via the new SharePoint tab

Team members can now use the SharePoint tab experience to pin any page, news, list or document library as a separate tab in their Teams channel, Just go to the “+” button from any channel in Teams, select SharePoint and start pinning resources that your team needs to collaborate better.

The Microsoft Teams EHR connector let’s patients schedule and join the virtual visit from within their electronic health record (EHR) system’s patient portal. Providers can schedule and launch the visits from within the EHR provider portal. Integration with Epic is currently supported by the Microsoft Teams EHR connector, with other EHR systems coming soon.

Improvements to results with Microsoft Search in SharePoint and Office.com will introduce dynamic height previews to support the results descriptive text and deliver preview images.

Records Management in Microsoft 365 enables government customers to manage recordkeeping obligations intelligently. This update restructures capabilities that were previously part of the Advanced Data Governance solution and provides you with a dedicated and specialized solution for records management, with new features including proof of disposal, record versioning, and enhanced record immutability.

Time clock, the ability to clock in and out of your shifts, in Shifts in Teams will be available on web and desktop.

Meeting hosts can create breakout rooms to be used by meeting participants for smaller group discussion. They can assign participants to a room and call them back to the larger group when the breakout is complete.

Users will be able to pop out individual Teams chat conversations into a separate window, to help them streamline their workflow and more easily move between ongoing conversations.

To help streamline discovery of linked content, Advanced eDiscovery natively groups linked content from OneDrive and SharePoint Online in the same family as the original Outlook email or Teams and Yammer chat message—streamlining the process of collecting, reviewing, and exporting the related content without additional configuration.

PowerPoint: Live Captions and Subtitles in PowerPoint for GCC and GCC-High

Live Captions and Subtitles enables presenters to turn captions or subtitles on in 60+ languages, while presenting in 10+ spoken languages with PowerPoint for Windows 10, macOS, and Web. Note this release is for our GCC and GCC-High tenants, and does not yet include DoD environments.

We are improving upon the pre-join meeting experience for Teams meetings. The new pre-join screen includes easier discovery for audio, video, and device selection configurations before joining a Teams meeting.

For customers with Audio Conferencing enabled for their Teams meetings, we are providing the ability for tenant administrators to define how Audio Conferencing participants’ phone numbers appear in the roster view for meetings scheduled within their organization: masked to external users, masked for everyone, or off (visible to everyone).

When you want to bulk edit lists items in a list, you would click the ‘Quick edit’ button in the top action bar. We are renaming this button to read. “Edit in grid view.” It will bring you to the same experience to quickly update list items in bulk within the existing grid view.

Export your project grid into an Excel spreadsheet. Share this information with colleagues so you can analyze your Project data.

We are introducing a way to reset your Microsoft Edge sync data from within the product. This ensures that your data is cleared from Microsoft services, as well as resolving certain product issues that previously required a support ticket.

Teams-Outlook Email Integrations make it easy to share information between email and chat with three new features: Share email to Teams – Share an email from Outlook, including any attachments, to a channel or chat in Teams. Share conversation via email – Share a Teams conversation via email without leaving the app. Reply to missed activity emails – See the latest messages and respond to Teams missed activity emails from within Outlook.   This item was partially launched, the remaining features are listed in Roadmap item 71265.

Microsoft Project: Project for the Web – Export to Excel

{This is a duplicate of 67149 and will be removed.} Export your project grid into an Excel spreadsheet. Share this information with colleagues so you can analyze your Project data.

{This is a duplicate of 67152 and will be removed.} Switch on to receive notifications about changes to your projects.

[This is a duplicate of 68865 and will be removed.} The new Microsoft Teams EHR connector will allow clinicians and patients to launch a virtual patient visit or consult with another provider in Teams directly from their electronic health record system.

{This is a duplicate of 67156 and will be removed.} Organizations have more flexibility in how they deploy Project. In addition to using Project in the Default environment, you can now use it in Named Environments. 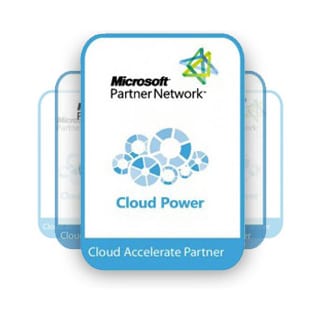 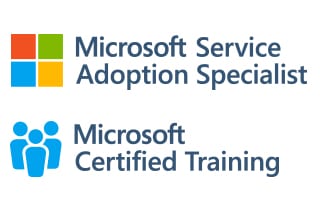 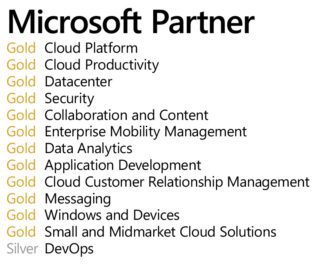